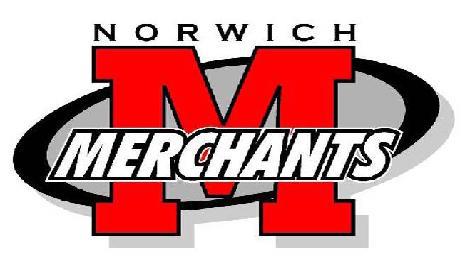 It’s hockey play-off time in Canada and it’s Friday night.  You know what that means … (or maybe you don’t if you’re not from around these parts) there will be a hockey game somewhere to watch either live or on television.  My family can be a stereotypical Southwestern Ontario family in that we love our hockey.  And in our Oxford County community, our Merchants are in a “do-or-die” playoff situation tonight against New Hamburg.

The Merchants and I have a special relationship.  At several points in my life’s journey, I have been connected to this Junior “C” hockey team.  Here’s how:

1.  As one of  the few female ice resurfacing machine operators (The Olympia) in the Township of Norwich, I used to clean the ice for the Merchant games.  This was one of my favourite jobs of all time.  I loved waving at the kids in the crowd, being a part of the hockey experience and having the community all together in one place showing their community spirit.  And just driving the machine itself felt very empowering.  That’s a lot of machinery to be trusted to one small person.  It was fantastic.  Not-to-mention, it makes for some great interview ice breakers since this fact is on my resume.

2.  I met the man I married working for the Township of Norwich at the Community Centre/Arena.  In fact, he trained me to operate The Olympia for the prestigious Merchant games.  I regret that I never got a picture of myself driving it.  I do, however, have this picture with my husband and I on it.  We were only dating at the time. #SickeningSweet

3.  The Merchants trainer, Mark, was my boss while I worked at the Community Centre/Arena.  He could tell you some scary stories about some of the mistakes I made learning to drive the Olympia.  He’s part of the reason I’ve been able to move forward in my career.  He must have told a few good lies as a reference, to a few of my employers along the way; to which I am very grateful. (front row, second from left)

4.  My brother-in-law, Jason, was a former Assistant Coach for the Merchants. (in above: front row 3rd from right) Those were some exciting times to be cheering on the team with a relative on the bench.  It became a regular night out for the family since my parents, my sister’s family and me and my family, would have a reason to go out together.

5.  My nephew, Sawyer, was selected to be a “Mini-Merchant” for a game.  This meant he got to put on the jersey, skate to the centre of the ice and hold the flag for the National Anthem.  Another reason for the families to come together.

6.  My son’s, Noah, and Sawyer’s rookie minor hockey team, got to play an exhibition game during an intermission for a Merchant game.  This meant that they not only played, but, got to hang out with the “Big Boys” in their dressing room before they went out.  They each felt very special to be buddied up with a Merchant of their own.  My son even made sure he got a hat signed by all the players afterwards.  He just took the hat for show-and-tell this week.  He is still feeling very proud of those moments.  Those guys made some significant impressions that night.  I hope they know the magnitude of their influence.  #SmallTownHeroes

As you can see, the Merchants show up in a few key spots of my life’s journey.  So here’s a little shout out to this special team!   #GoMerchantsGo!!