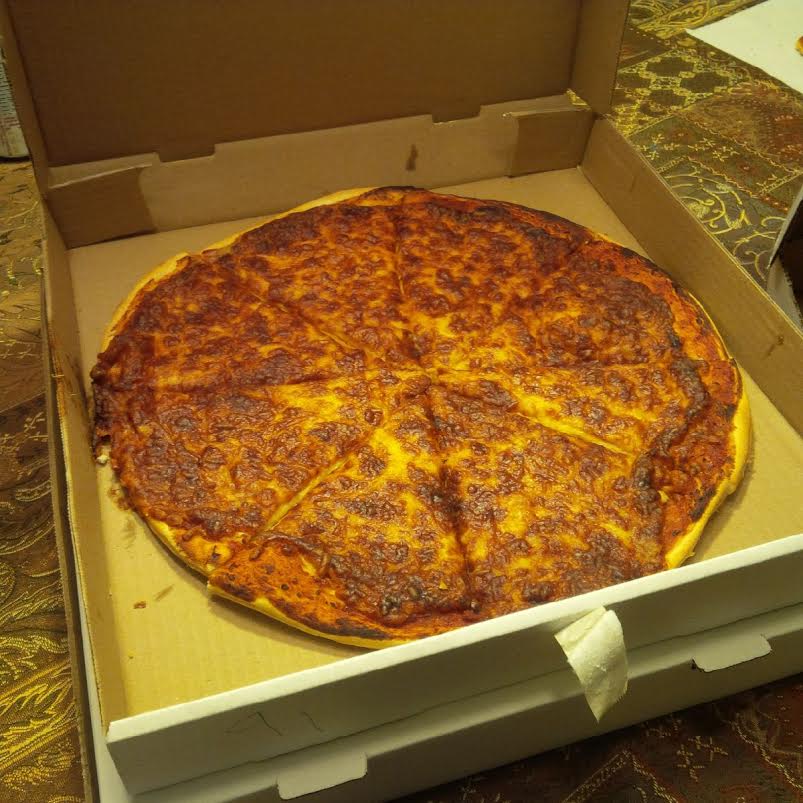 At the far south end of Tillsonburg, amongst the tumbleweeds where activity once abounded, lies a treasure hidden within a small hole-in-the-wall shop between the old “Royal Hotel” and the bowling alley.  A treasure now buried but to be remembered fondly.  A treasure of amazing pizza and people: Bill’s.

I just read The Tillsonburg News page that Bill’s Pizza in Tillsonburg is done. I’m in shock and disappointment.  Without question, the best pizza around as far as I’m concerned. So great, in fact, I had intended to write a blog post about it as one of the best things about living in Southwestern Ontario: convenient access to Bill’s pizza.  It was one of those “best kept secret” kind of places I would recommend to someone spending time in the area. Not just for the pizza but the staff and the joint also.

The crust was thin and homemade. According to End of an era: Saying goodbye to Bill’s Pizza posted in the Tillsonburg News, Bill’s went through 4 homemade batches a day. The sauce was just the right amount of spice and sweetness with a deep rich, red colour. My usual order was an extra large cheese pizza for my fussy family.  Once in a while I got a deluxe or a meat-lovers if the occasion warranted. The bacon was always real pieces of deli bacon, not bacon bits as many contemporary chain pizzas offer, and the deluxe would have fresh vegetables.  And the cheese, I can’t forget the cheese. There was always a tonne of cheese. So much, that when it melted there was a shimmery coating of grease that would sit on top. I know that may not sound appealing and your arteries may constrict just thinking about it but that was what made it a taste phenomenon. Before even taking a bite my taste buds would do sommersaults in anticipation of what was coming at them.

Bill’s Pizza quickly became the favourtie of my and my sister’s, out-of-town significant others and we have passed on the tradition to our children as well.  This was our go-to pizza growing up in Tillsonburg and a must-have when we are back visiting.  There is simply no other pizza like it.  It’s what I imagine a New York pizza to be like if I ever the opportunity to try it.

Bill’s has survived many years on their incredible reputation for great pizza and customer service.  It even managed to be one of the only businesses (that I’ve patronized) that never succumb to the use of electronic fees transfer.  If you wanted to purchase a pizza from Bill’s you had to do it “old-school”.  No debit or credit.  Cash only.  Luckily, the bowling alley next door was equipped with a bank machine or there would have been several nights of disappointment for me.  It was part of the charm of Bill’s.  It stayed constant and authentic through all the 43 years in business.

It was always a marvel as well, to see Irene or Don every time I would go in to pick up the pizza. I wondered if they ever took a holiday. According to the Tillsonburg news, I guess they didn’t. Obviously they loved what they did. They were always chatty and congenial. Every pizza passed over that counter was delivered with a smile and a thank you.  43 years of dedication and commitment to getting the best pizza out to generations of hungry patrons.  With retirement already underway, I wish them the best and happiest wishes for an amazing life from the other side of the counter.  And may they sense the biggest smile and sincere thank you from one grateful and satisfied customer.